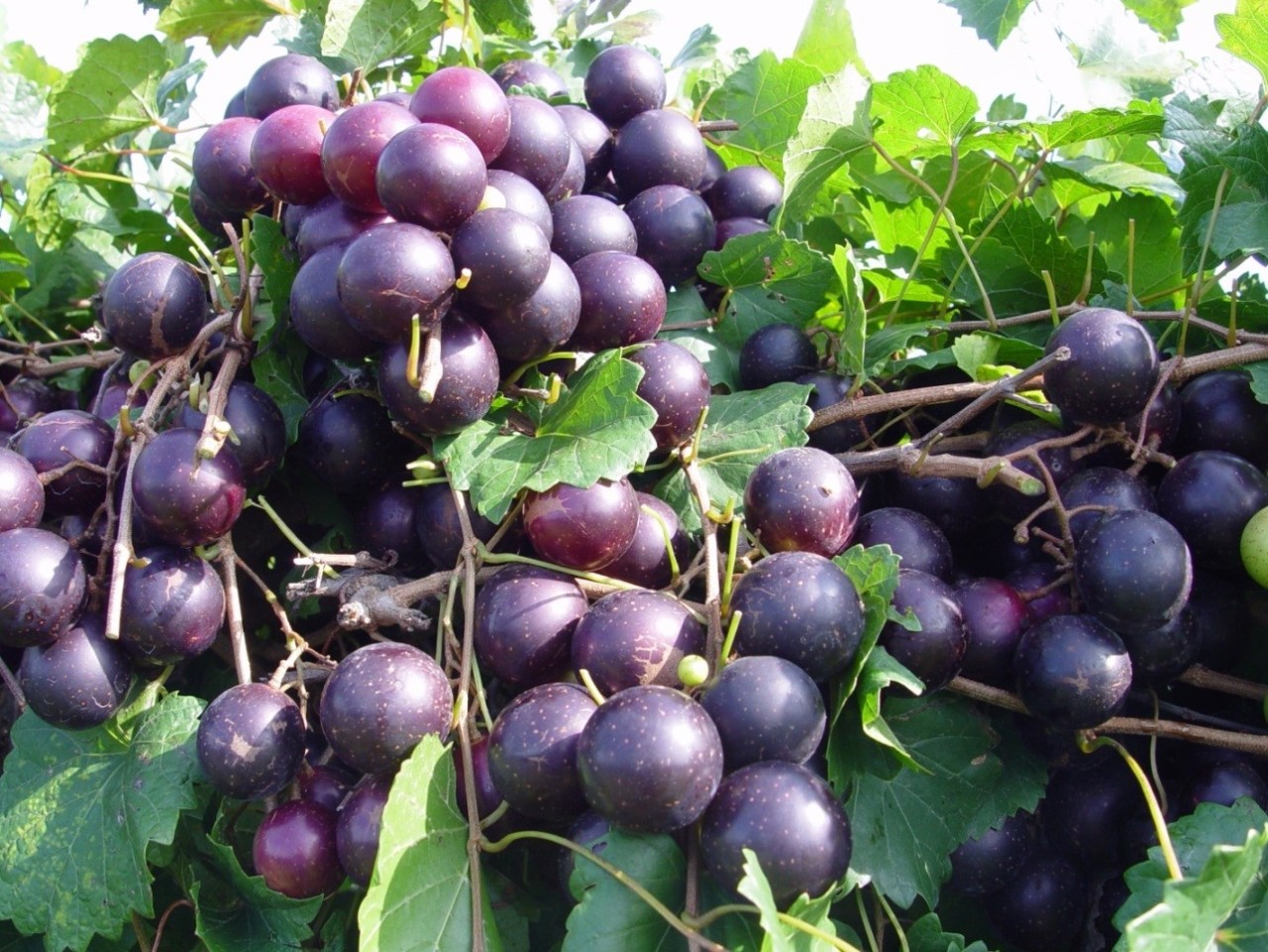 ‘Paulk’ berries on the vine. 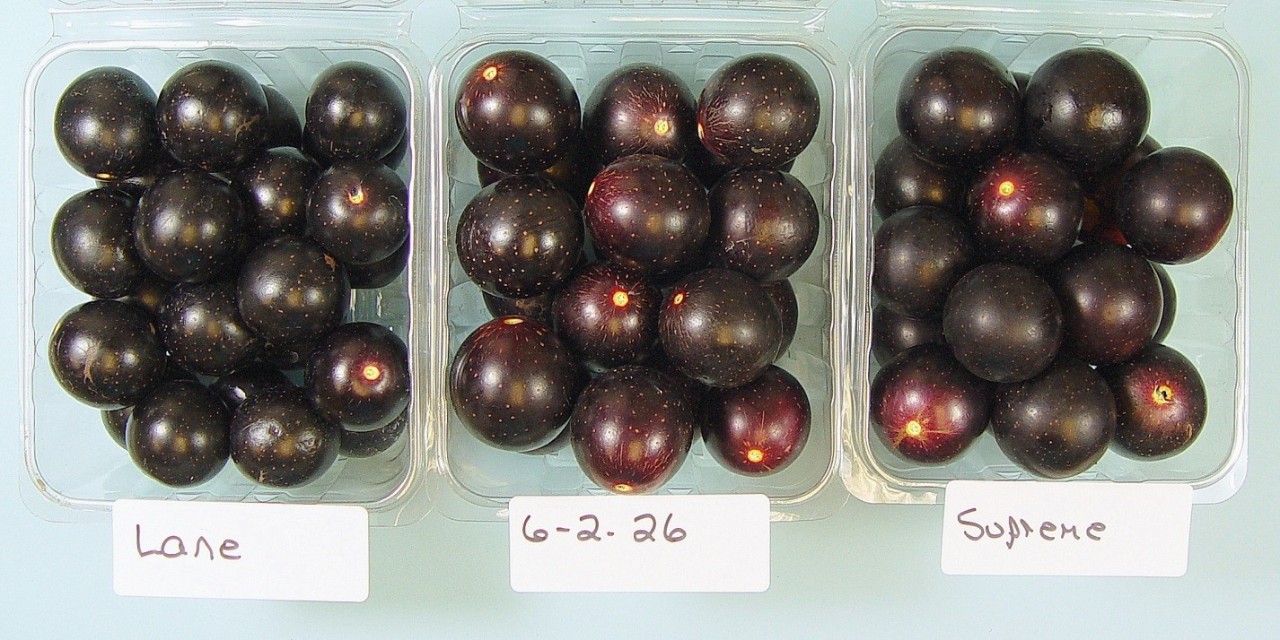 ‘Paulk’ was released by the UGA muscadine breeding program in 2017.  ‘Paulk’ was selected in 2009 from a cross of ‘Supreme’ x ‘Tara’ made by Dr. Conner.  ‘Paulk’ was tested as Ga. 6-2-26 in replicated trials in Tifton, Ga. and Wray, Ga.  ‘Paulk’ was released in the spring of 2017 and a U.S. plant patent will be requested. ‘Paulk’ was named in honor of Jacob Paulk, owner and founder of Paulk Vineyards who was instrumental in the development of the muscadine industry in Georgia.

‘Paulk’ vines are self-fertile and do not need a pollinizer.  Paulk muscadine ripens in mid to late season (third week of August in Tifton, Ga.), which is a few days after ‘Fry’ and ‘Supreme’.    Yields of Paulk are very good and are similar or better than other self-fertile cultivars and the high-yielding female cultivar ‘Supreme’.  Paulk produces a high percentage of usable yield with low incidences of berry rot and stem scar tears and splits (Table 1).  Berries of ‘Paulk’ are round and berry weight (15.5 g) and diameter (30.2 mm) is excellent and larger than other self-fertile cultivars.  ‘Paulk’ is the first self-fertile muscadine cultivar with a berry weight equal to ‘Supreme’.  The largest ‘Supreme’ berry will be bigger than ‘Paulk’, but because it is self-fertile ‘Paulk’ will have more consistent pollination, resulting in 3-4 seeds in each berry and a consistent large berry size, whereas ‘Supreme’ size is more variable.  Soluble solids of the berry juice is similar to other cultivars tested, and berry flavor is good as long as the vine is not overcropped.    Flesh firmness is softer than ‘Supreme’ and ‘Lane’ and more like traditional muscadines such as ‘Fry’ and ‘Hall’.  The color of ‘Paulk’ berries is purple, similar to ‘Supreme’, but with more noticeable lenticels.  ‘Paulk’ berries have a longer pedicel than ‘Supreme’, allowing the picker to grasp individual berries near the pedicel rather than squeezing the berry end and pulling, which often results in split and torn berries.

‘Paulk’ is recommended as a main-season purple muscadine for the fresh market.  ‘Paulk’ does not ripen early berries like ‘Supreme’ does, so another cultivar will be needed to provide early harvest. I would suggest planting ‘Supreme’ and picking the early ripening berries or trying ‘Lane’ for early harvest. Size and appearance of ‘Paulk’ is very similar to ‘Supreme’, the leading purple fresh market cultivar.  ‘Paulk’ is superior to ‘Supreme’ in that it has self-fertile flowers and less incidence of tearing and splitting at the stem scar (Table 1).  ‘Supreme’ may have better storage potential, last longer on the vine, and have less rot. Cold hardiness of ‘Paulk’ is unknown at this time as it was only trialed in south Georgia.  ‘Paulk’ is licensed to Ison’s Nursery and Bottom’s Nursery.

Flower and fruit attributes of ‘Paulk’ and standard muscadine cultivars at Tifton, GA in the third through seventh years of growth (2012-2016).